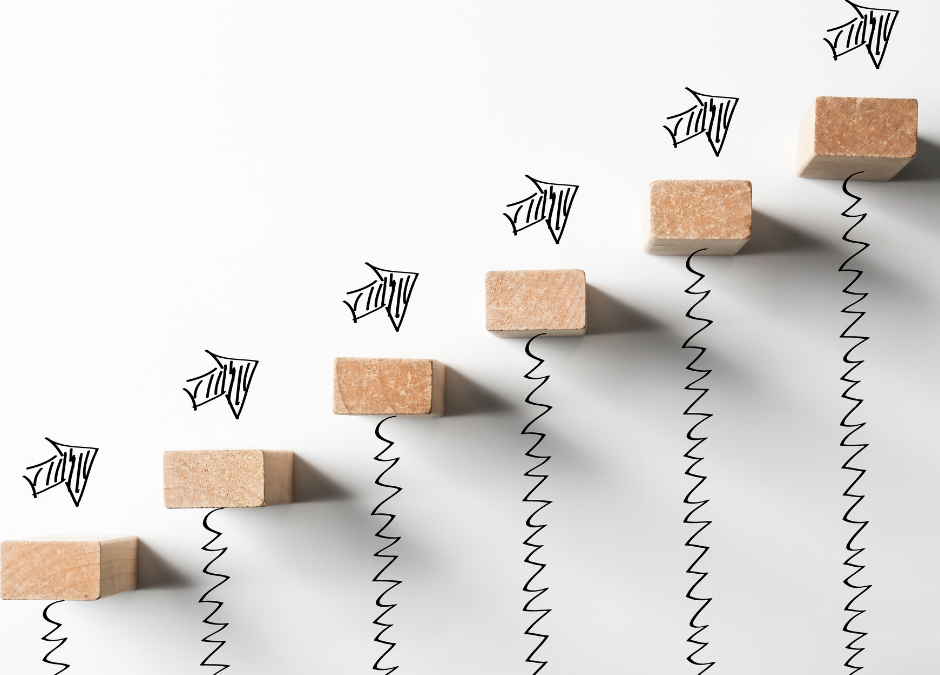 What is Working on Pinterest? – The Data Doesn’t Lie

If you are reading this Blog post then chances are you have an interest in Pinterest and most likely Tailwind.  Perhaps you are wanting to get started on Pinterest but not sure what is the best approach in using the visual search engine.

BUT what really prompted me to write this article is how much other factors can be powerful in our decision making processes that affect our businesses.  Unfortunately, not all of it is for the right reasons, particularly when social media gets in the way.

This blog will discuss the impacts that arise from:

– What is said in social media forums about Pinterest and Tailwind

– What was presented by Tailwind representatives Jeff Sieh and Alisa Merideth in a Facebook live on February 25 2021 (US time) – you can catch the replay on the Tailwind Facebook page here (facebook.com/Tailwind)

The Tailwind live session was a great information source and boosted my confidence in knowing that a sound strategy, including the use of Tailwind, is a good path for Pinterest success. My intention is that by distilling the information discussed in the live, will help you as a Pinterest user to understand what works, and to separate some of the fact from the fiction out there.

The form you have selected does not exist. 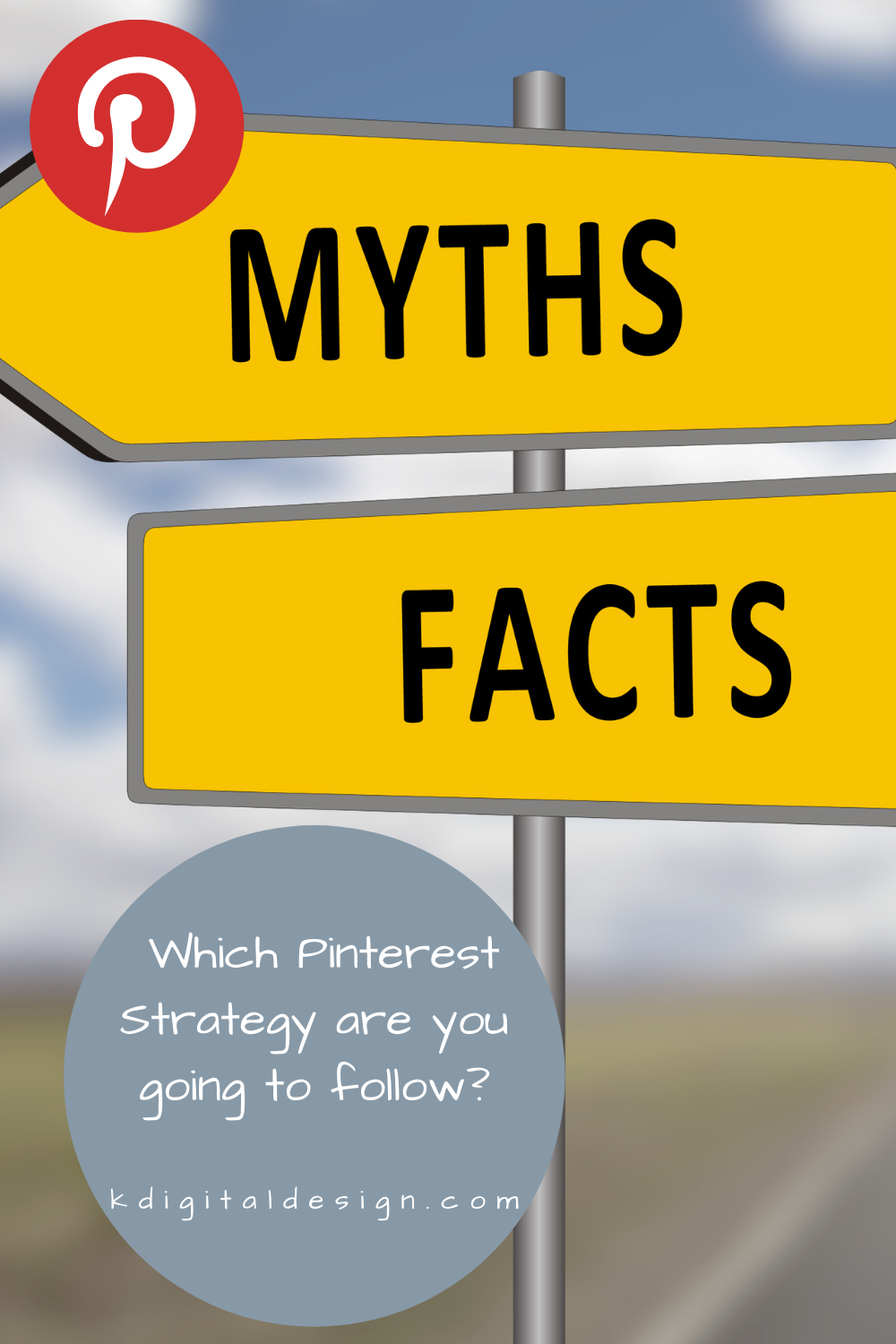 It can be confusing to keep up with the terms used in Pinterest especially after the changes made in January 2021 [you can read my summary of those in an earlier post here (https://kdigitaldesign.com/pinterest-analytics-update-january-21/)

Relevant to this blog article are the key terms that Alisa Merideth used in the Facebook Live:

Personally, I love the use of the term “creates” in this context, as discussions about what constitutes a fresh pin can be confusing.

I have listened to a few Facebook lives in the last week or so where Alisa spoke about the study that Tailwind completed in January 2021. What is interesting is that the study arose because of the massive “buzz” on social media about whether pinning with Tailwind versus pinning with Pinterest resulted in different outcomes.  The premise being that one yielded better stats than the other.

I know from being a member of many different Facebook Pinterest and blogging communities that there is a lot of opinions as to whether one is better than the other or whether one platform can negatively impact on your results.  However, this is all hearsay unless it backed up by evidence or data.  AND that’s what Tailwind did.  The analysed the data to find out the answer to not only this question, and in the process, various interesting facts came to light.

The Results are In:

The Tailwind study surveyed millions of pins that were pinned recently, and these included non-Tailwind users, (so there is no bias on that aspect).  The results showed (insert drum roll here):

Does this mean we shouldn’t pin out 2-3 months in advance? No – again Alisa explains that this all about averages, not hard and fast data, and in my opinion another example of how when you start mentioning numbers, things can get taken out of context and 3 days later, on social media become “law”.   Of course, we should be pinning in advance for upcoming holidays and special events to capture the first wave of interest for those that are planning in advance as pinners like to do.  Then top up the content with new images. 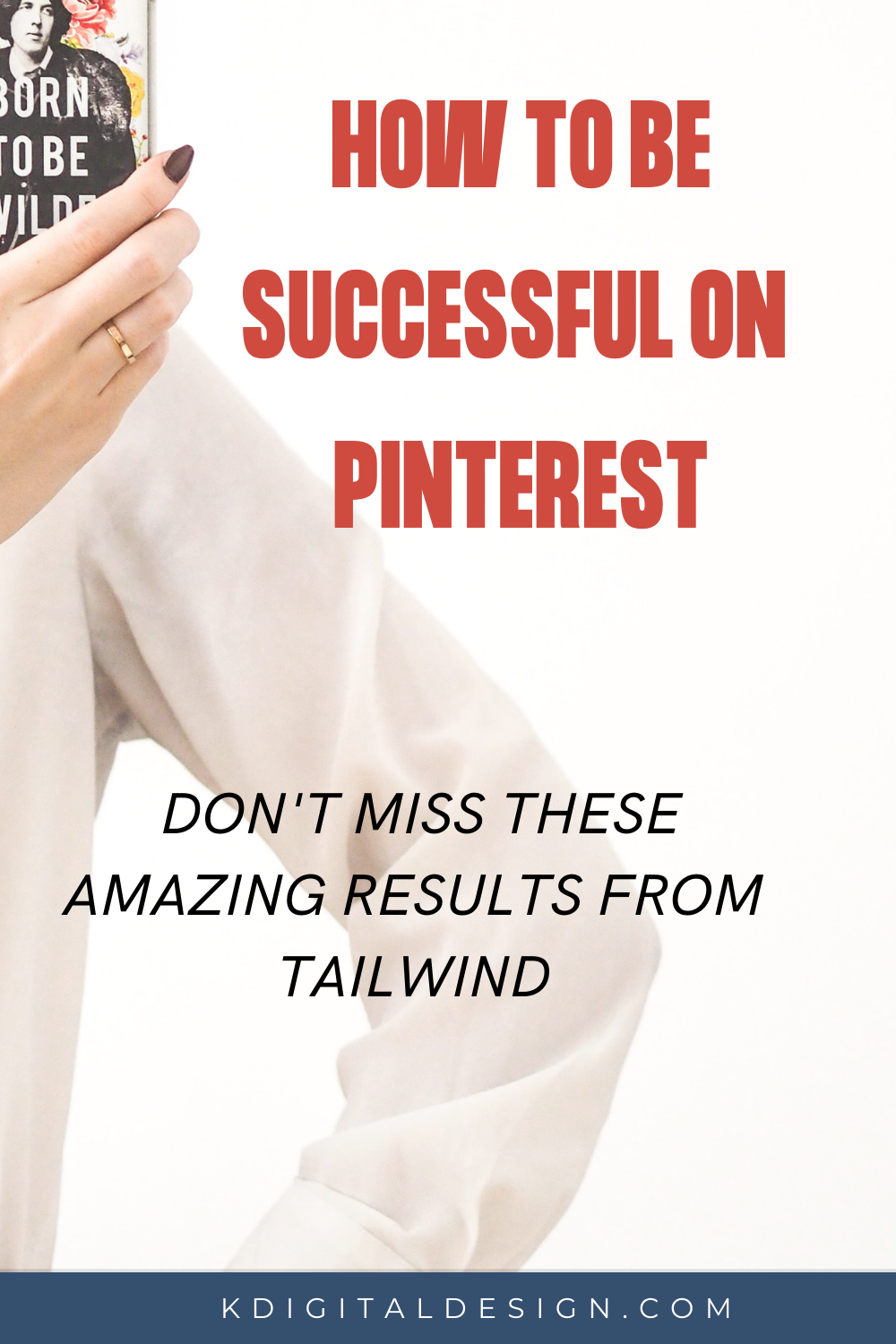 Now who could resist that headline?

The Tailwind study also showed that of the millions of pins investigated, those which were made using Tailwind Create had a 373% increase in saves of pins compared to saving an existing pin.

We don’t know what difference there is in using Tailwind Creates compared to Canva when designing a new create. What this information could be telling us that is that people are creating more pins as Tailwind Creates can be faster (once you have tried it a few times) and the pin designs are a little bit different to what has traditionally been doing the rounds of Pinterest up until now (generally speaking of course).

This information is GOLD.  It provides such richness on what is working in general in Pinterest and Tailwind.  That said, it remains true that approaches to using Pinterest should be unique to YOUR account and YOUR business.  What this confirms or consolidates, however, is that the changes and Pinterest ‘best practice’ and tips that were adopted and promoted by Pinterest back in September 2020 are becoming reality as shown by this social proof.

Part of the Tailwind study looked at pins with more than 5000 saves:

Another part of the Study examined 2 million accounts who pinned in November 2020 and January 2021.  Those who had consistently higher than average engagement had an average follower count of 50,000.  YES you read the correctly.

I liken it to FOMO (fear of missing out) – as identities on Pinterest become well known, their content becomes more visible because they are sharing content more frequently.  Engagement grows, saves grow, and followers grow.  A lot of Pinterest Managers will tell you that followers don’t matter.  They do matter it would seem.  Increasing your followers increases the chance of your content being seen.

I have never subscribed to “follow for follow” trains, however, there are meaningful ways you can grow your followers:

Not so much a “mistake” but another thing to note with Pinterest is that Hashtags are out and in fact are not recommended any more.  Does this mean you should go and delete all your existing hashtags, probably not worth the time.  Moving forward leave them out.  What we do know from Pinterest and Tailwind is that they don’t provide any benefit, and potentially – although I have no first hand information, is that they may leave your pin vulnerable to “bot attacks.

I would hazard a guess that in the accounts that are underperforming even though they are pinning regularly – keyword or SEO optimisation would be an issue – either on the boards, pin titles, pin descriptions, or all of the above. 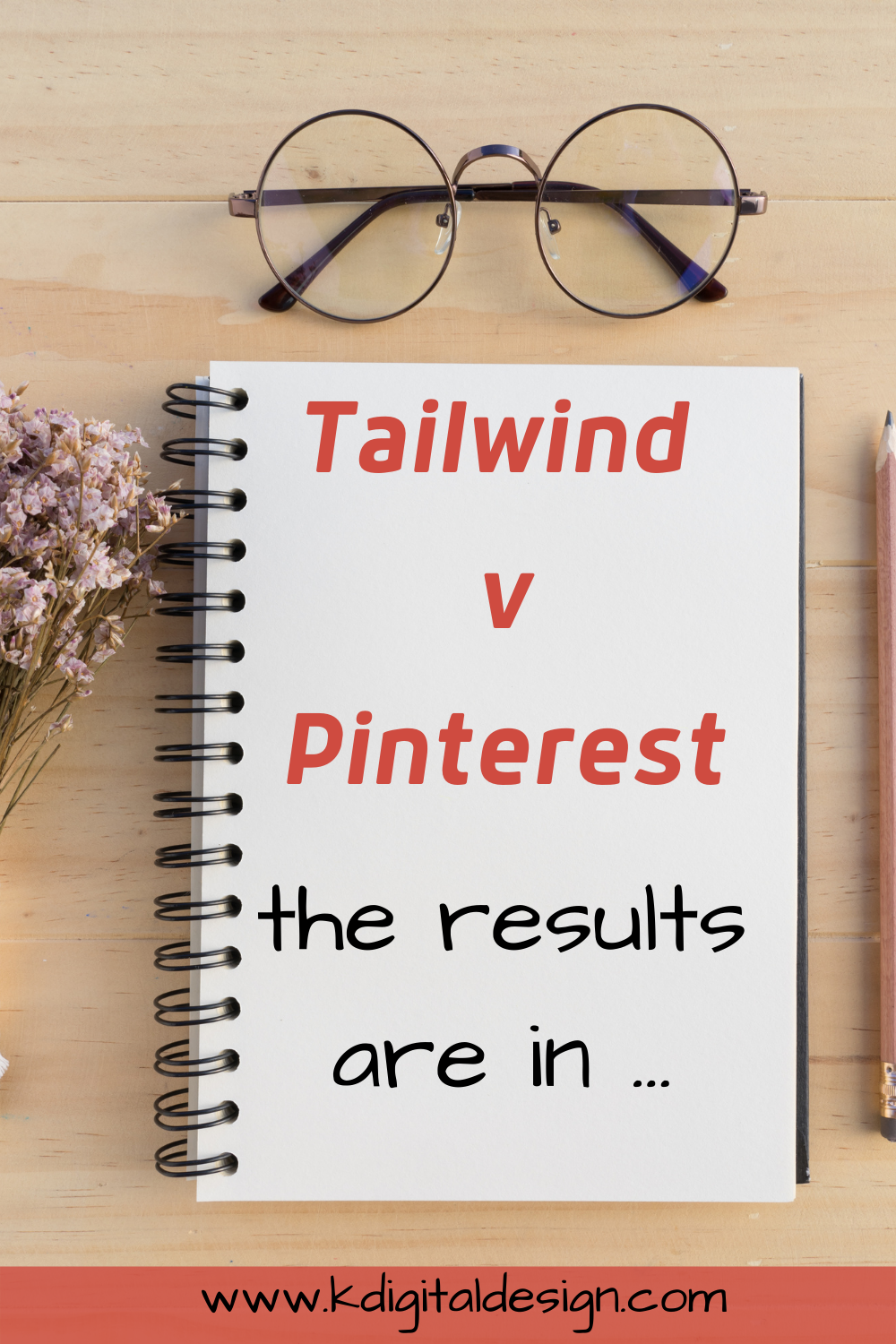 Tailwind analysed pins from July 2020 through to Jan 2021 to test whether there was any difference in results depending on what platform the pin was first published.  Both Jeff and Alisa are active in Facebook groups and saw the many complaints and suggestions that Tailwind was negatively affecting their Pinterest performance.

The results showed that pins made in Tailwind had the same or higher engagement compared to pins made in Pinterest.  As Jeff Sieh discussed, we are often quick to blame the tools instead of looking at the data to see why results may be different.

Okay, so we have heard that 71% of saves happens (on average) to the first create.  The first time a pin appears. What does this mean for repining own content?  Does this mean Pinterest doesn’t want us to repin at all anymore (… I can see the social media rumour mill grinding away as a type ….).  We can still save to other relevant boards, just be aware of “diminishing returns”.  There is still a chance for 29% more saves.

Alisa Merideth raises a very interesting point on this topic.  She explains how it might be worth considering only saving new create to one board and then change the image and keyword to target the other boards.

In all honesty, I feel a little bit vindicated by some of these results.  So many times in the last few months I have proffered advice in Facebook forums about pinning proportionally more of your own content than you do of other peoples.  This is what Pinterest has been telling us about wanting new content.  Perhaps it goes further than that though.  Perhaps it does mean saving less of our own pins to even a few relevant boards.  Do I think it means only pinning one pin to one board?  No – as there is still on average almost 30% of content value left on the table if we take that approach.  These Tailwind results indicate that Pinterest really does want fresh content.

Testing and analysing results is one way to find out what approach works best for your account.

Story Pins and video pins are hot right now on Pinterest.  My view is that as the demographic on Pinterest is getting younger than a few years ago, and video content is more mainstream, it makes sense that video and animations will feature heavily on Pinterest.  The more popular they are the more people will include them on their pins and the cycle continues.

If I am being totally honest, it has taken me a bit of convincing to get on board with animations and videos on Pinterest.  As a long time user of Pinterest for personal use, I favour the relaxing browsing functionality of Pinterest, and not necessarily a personal fan of moving images whilst browsing.  However, from a business and branding perspective on Pinterest, I can see that colour and movement are important in some niches and to a wider audience.

8. Recommendations – Where to From Here?

So if you are new to Pinterest what should you do?    Is it too late to be a Pinterest success?  For sure there are businesses who have been on Pinterest for years and their success is entrenched so the impacts of changes to Pinterest may not affect their process or strategy as much as those of us who are newer.

Does this mean it’s too late to get on board the Pinterest train?  Absolutely not.  Pinterest is in a massive growth phase that will only get bigger as importance of visual marketing and alternatives to Facebook and Instagram are being sought out.

I encourage a mix of pin types to engage with your audience – use a little animation on a pin – it can be as simple as a moving arrow.  Create some simple video pins relevant to your content.  Experiment with creativity.  This is what Pinterest is looking for.  If we can make Pinterest happy, the rewards should be reflected in those clicks, saves and engagements.

Use Tailwind to improve your workflow if repining to more than one board or using smart loop.  Try out Tailwind Creates for a little more variety – it may just save you some time as well, especially after you have tried a couple of times.

I would love to know what myths you have heard about when using Pinterest or Tailwind.  Was there anything in this article that is new to you or that you might use to mix up your Pinterest strategy?